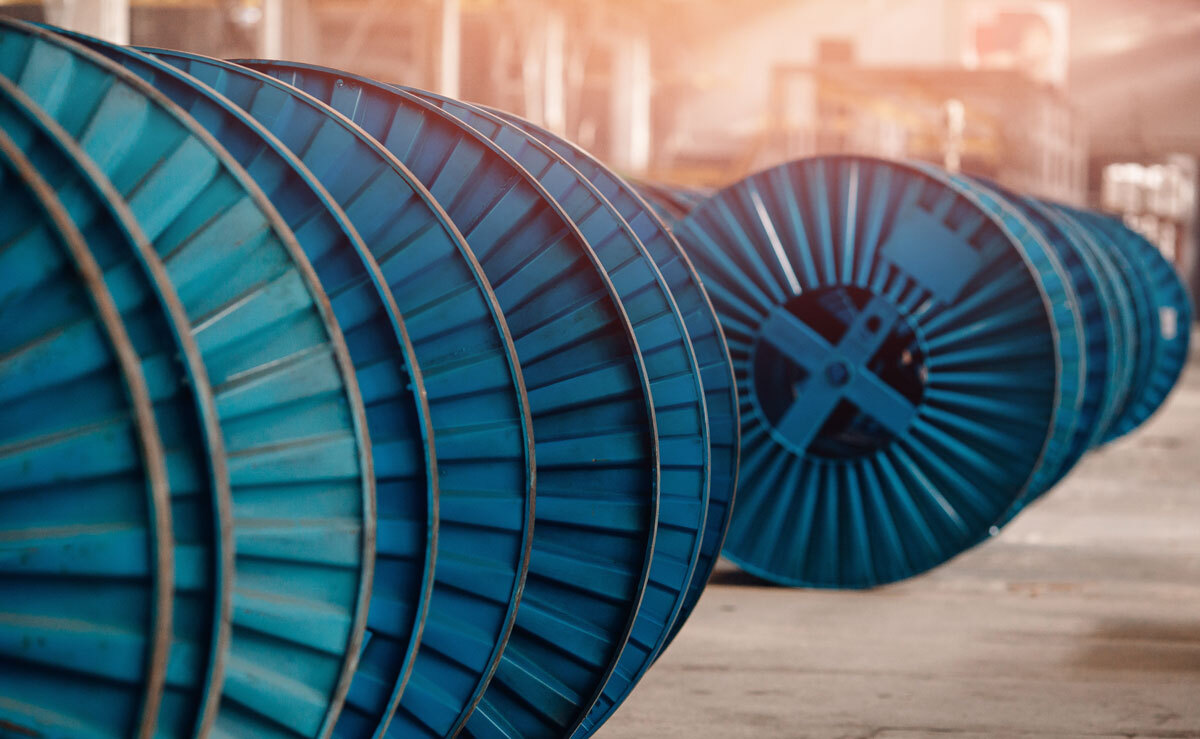 At the beginning of July a heavy transport job took place through Velsen-Noord. From our terminal in Velsen, 24 large reels with sea cables for Tennet were transported to a work site at Tata Steel. This involved a total weight of 583 tons.

Initially the plan was to route the transports through the village centers of Velsen-Noord and Wijk aan Zee, but Tennet felt that people should be spared the inconvenience. According to Tennet, the transport now runs via the industrial roads Concordiastraat, Noordersluisweg, Staalhavenweg, Staalstraat, through the main entrance of Tata Steel on Breedbandweg to the contractor NRG’s site. Each reel contains around a kilometer of cable length, weighing some 23 to 27 tons each.

The blockade in the Suez Canal – earlier this year – did cause some delay for the reels. A few weeks earlier the cargo, weighing 583 tons, had been shipped from the port of Busan in South Korea to the Netherlands. The sea cables are used for the offshore wind farms. A total of four will come ashore near Heemskerk: two for wind farm Hollandse Kust (north) and two for Hollandse Kust (west Alpha). The cables bring the generated wind energy ashore. The energy is further imported into the country via the transformer station in Wijk aan Zee and the high-voltage station close to the Bazaar (A9).

© 2022 TMA Logistics. DisclaimerPrivacy StatementFollow us on:

You can find out more about which cookies we are using or switch them off in settings.

This website uses cookies so that we can provide you with the best user experience possible. Cookie information is stored in your browser and performs functions such as recognising you when you return to our website and helping our team to understand which sections of the website you find most interesting and useful.

Strictly Necessary Cookie should be enabled at all times so that we can save your preferences for cookie settings.

If you disable this cookie, we will not be able to save your preferences. This means that every time you visit this website you will need to enable or disable cookies again.

This website uses Google Analytics to collect anonymous information such as the number of visitors to the site, and the most popular pages.

Please enable Strictly Necessary Cookies first so that we can save your preferences!