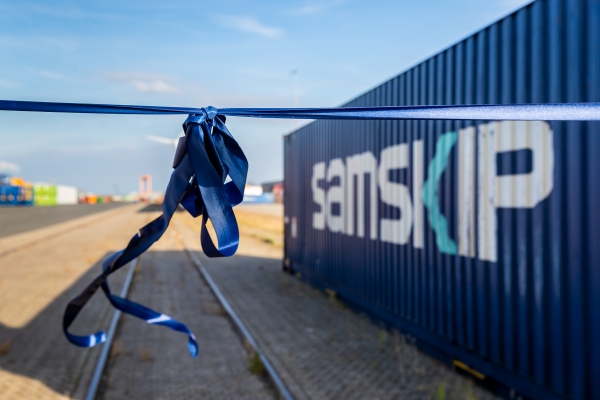 The train from Melzo, east of Milan, enters the 750 meters of intermodal track in the Holland Cargo Terminal (HCT) of TMA Logistics and now runs 3 times a week between international stations. This train connection was officially launched on October 17.

Adding rail capacity along a key uniformed freight route demonstrates Samskip’s commitment to improving the competitiveness of its multimodal offering in Great Britain and Italy as the reality of Brexit approaches, said Samskip UK Trade Manager, David Besseling. Samskip is able to provide sharp guarantees through effective partnerships with terminal operators, among others, that ensure quick turn-around times for ships, trucks and rail services. “Samskip now offers ten sailings per week connecting Rotterdam, Amsterdam and Antwerp to Hull” said Mr. Besseling. “Connecting the port of Amsterdam three times a week with rail services to/from Italy puts a new pillar in place to support our fast, cost-effective and reliable multimodal services between the mainland and the UK.” 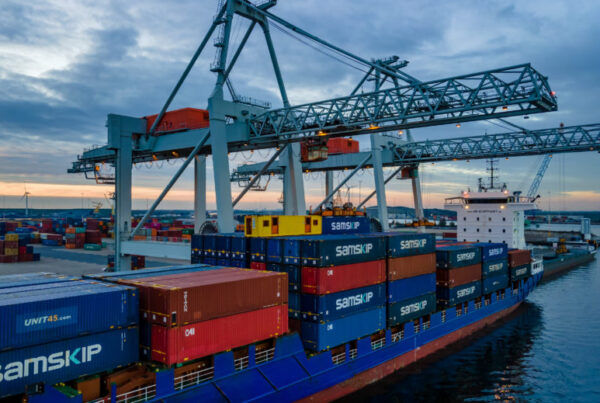 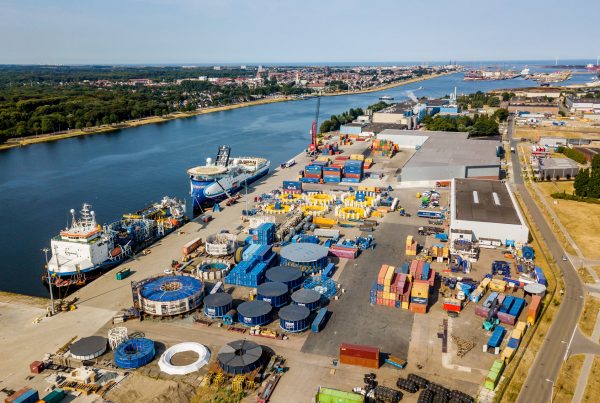 © 2022 TMA Logistics. DisclaimerPrivacy StatementFollow us on:

You can find out more about which cookies we are using or switch them off in settings.

This website uses cookies so that we can provide you with the best user experience possible. Cookie information is stored in your browser and performs functions such as recognising you when you return to our website and helping our team to understand which sections of the website you find most interesting and useful.

Strictly Necessary Cookie should be enabled at all times so that we can save your preferences for cookie settings.

If you disable this cookie, we will not be able to save your preferences. This means that every time you visit this website you will need to enable or disable cookies again.

This website uses Google Analytics to collect anonymous information such as the number of visitors to the site, and the most popular pages.

Please enable Strictly Necessary Cookies first so that we can save your preferences!